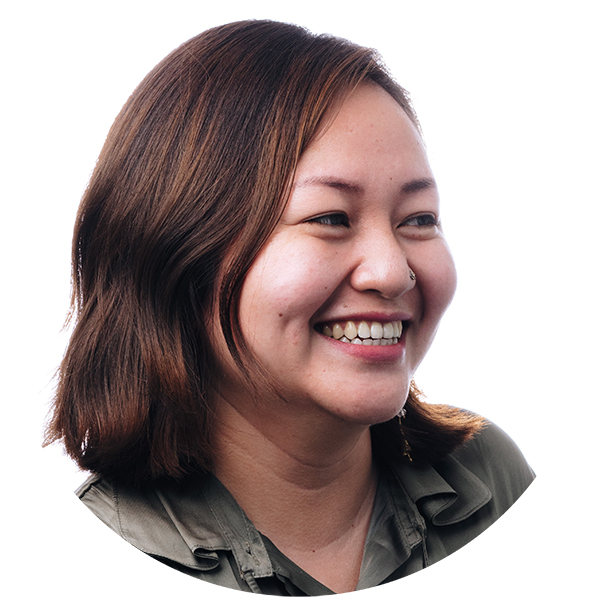 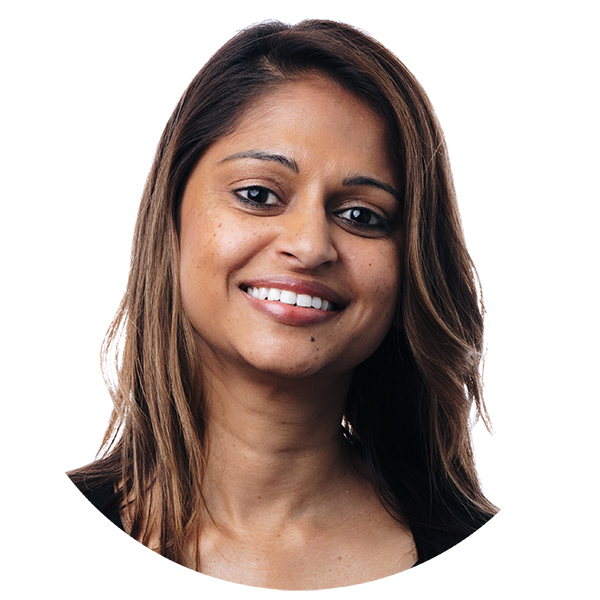 Kanchana is a serial entrepreneur, philanthropist, philosopher, yoga teacher, writer, brand strategist, and change maker who believes that a “small group of conscious individuals can indeed change the world.” Access to relevant skills will help people transform their lives and experience abundance in ways they never imagined possible. She realized the corporate world was not for her and left the likes of Unilever and The Foschini Group to venture out on her own in 2006.

Her philanthropic project, Saris for Good Karma, led to her making the 2012 Mail & Guardian Top 200 Young South Africans List in the Civil Society category and empowered over 100 poverty stricken women. At the end of 2014 Kanchana joined Innate Motion. It is now her mission, together with the Innate X team to enable more than 1 million impact entrepreneurs to turn their business ideas into stories that can fly. She is a bridge builder who nurtures strong and real relationships. Kanchana loves to find the things that unite people rather than divides them. 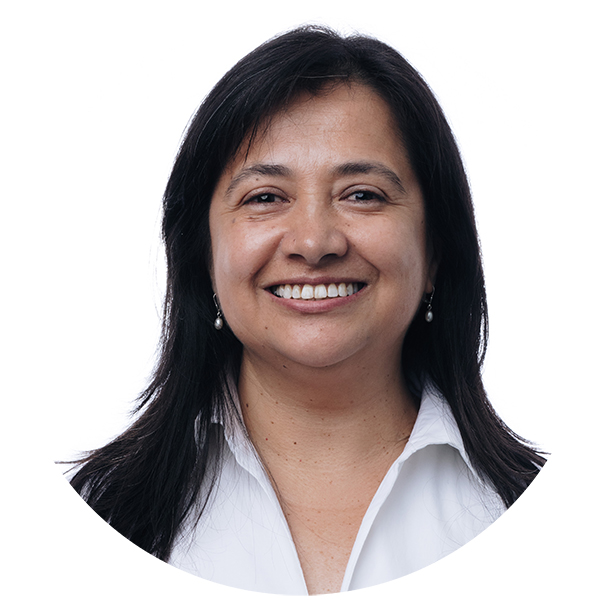 Gilda was born in Argentina. At a young age, she has shown her innate curiosity and determination to explore and discover by reaching the summit of Aconcagua, the highest peak in the Andes mountain range. She started working in marketing at Nielsen, later joining Censydiam; she was in Belgium, Spain, and France, keeping a special interest in Latin America. Multicultural openness is imprinted in her soul: she comes from a family of mixed backgrounds (Amerindian and European); she got her master’s degree in Tourism and Hospitality in Switzerland and her MBA in Belgium, and she found her husband in the Basque country. Today Gilda is happy to work globally. 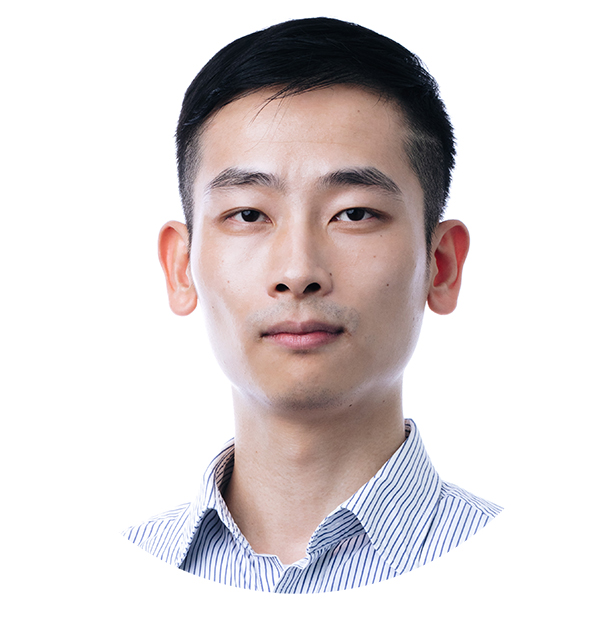 Born and raised in Shanghai, August proudly calls himself “an authentic Shanghainese” and is more than happy to present this wonderful city to friends from home and abroad.

Pursuing his love and passion for languages, he got his BA in English and later an MA in linguistics, during the acquisition of which he did an exchange to Germany to study in Business Administration. His longtime fascination with diversified culture led him through half of Europe and beyond.

After having taught English for over a decade, he caught up with the trend and joined the marketing department with a unicorn company VIPKID and became a business developer / lecturer, analyzing the market and distributing contents from a linguistic point of view.

Today, still sidelining as an English teacher, you can find him earnestly teaching English on IPTV in Shanghai. 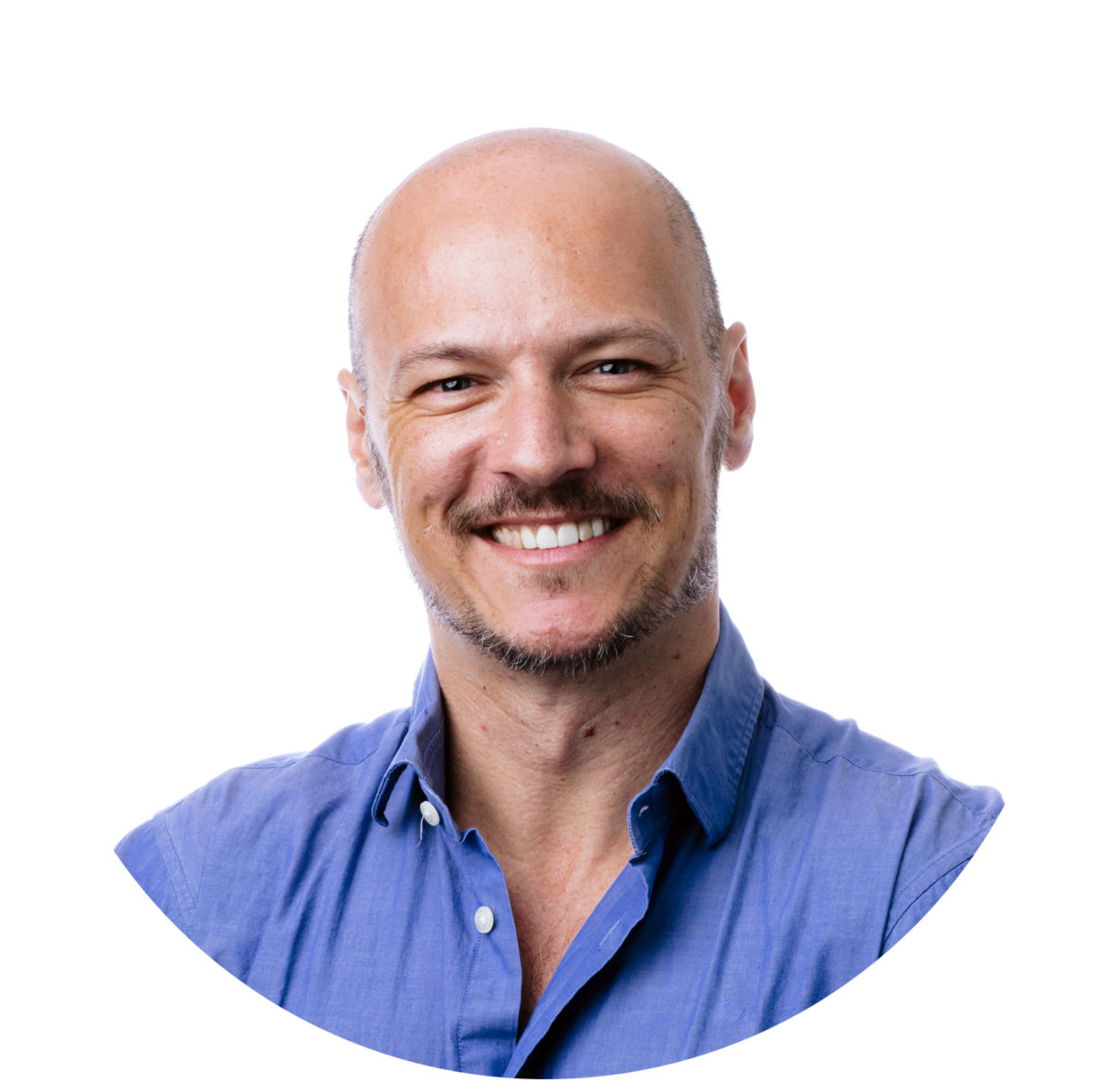 After his PhD in Psychology, Riccardo entered the world of market research focusing on the logic of using human understanding to move the business in favor of people. Always intrigued by human nature and cultural differences, in 2007 he joined Innate Motion. After several years as cultural decoder, Riccardo moved to Innate Motion partnership, running global and local projects of strategic research, purposeful positioning and concept innovation in Europe, Australia, Asia, and the US. After living in Rome, Sydney, Bali and now in Miami, Riccardo is a true world nomad and always ready to dig in new enriching cultural experiences. 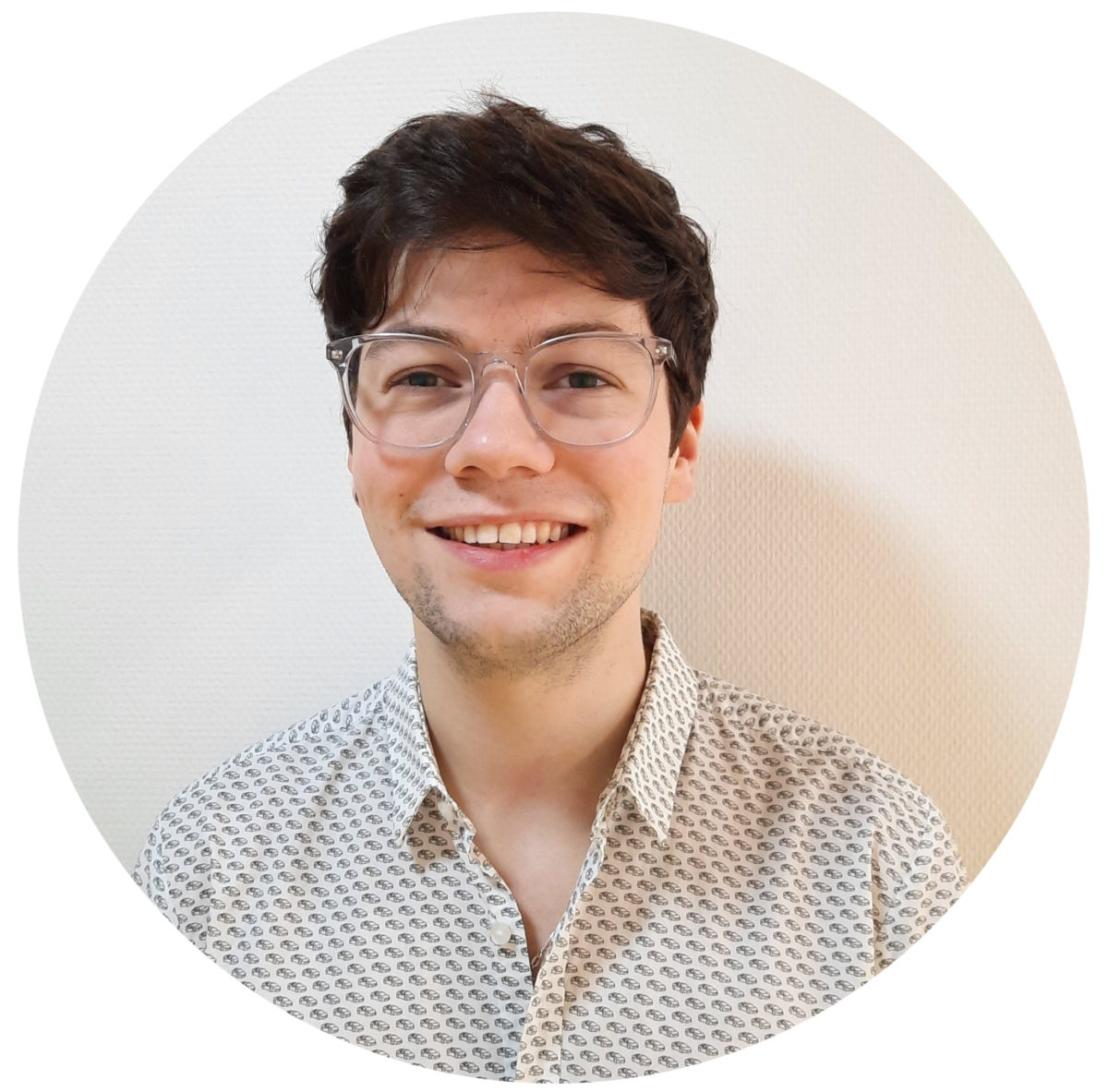 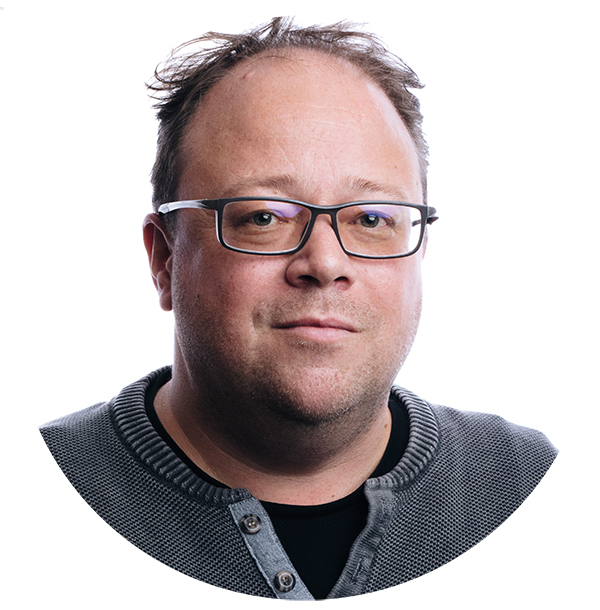 Ben was born in Bergeijk, in the province of North Brabant in the Netherlands. His interest in other people and cultures made him decide to study cultural anthropology, but he ended up getting a master’s degree in communication. During his professional career, these fields of interest happily coincided in the world of qualitative marketing research. Before joining Innate Motion, he explored the psychological side of human drivers at Censydiam; at Beautiful Lives, he integrated the insights he had gained there with ethnographic observations. Ben enjoys traveling and gets the most energy out of the metropolises of our world. This made him decide to trade Amsterdam for Bangkok, a city that encapsulates so many of the different sides of Asia. Ben is a qualitative researcher at heart, and he is grateful for being able to do his research at a global level. At Innate Motion, Ben loves to further his understanding of people and cultures and to make these cultural insights accessible to our clients for use in the service of their business opportunities and brand strategies. 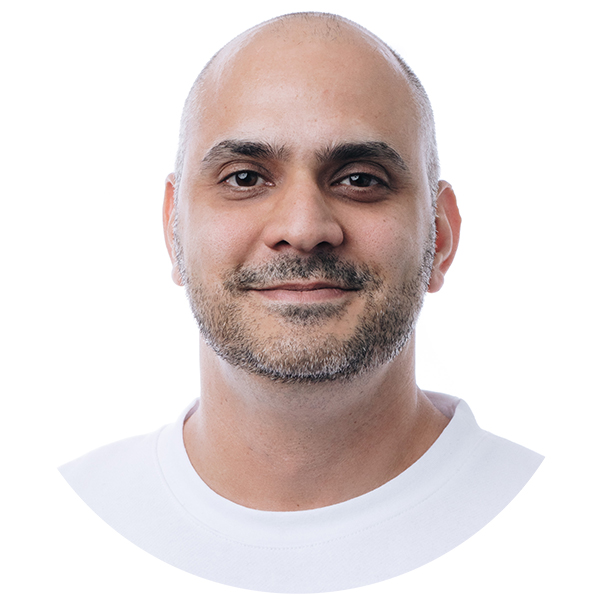 Mohammad studied business and then followed his passion for design by working for luxury brands and interior design houses.
He joined Innate Motion with 15 years experience in project management, business operations and marketing support. He is calm, cool and collected and his natural strength is building relationships and putting people first.
Mohammad lives in Durban with his wife Jenelle and spends time with art, drawing and football. 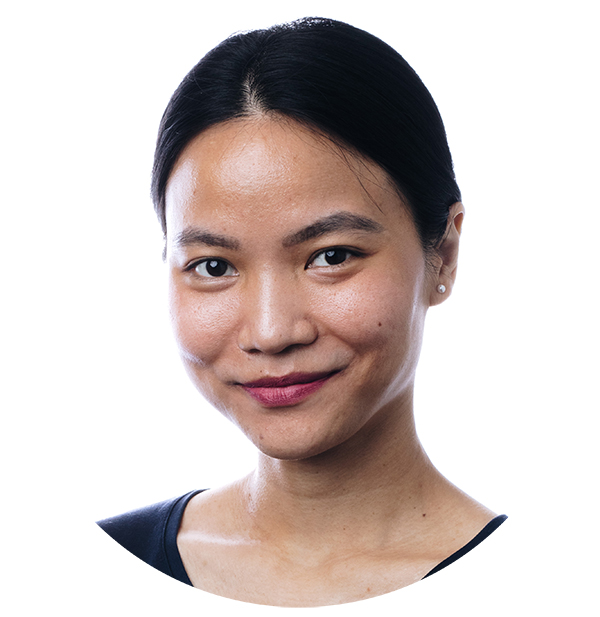 Born and raised in Indonesia, Arum sees the world as possibility and opportunity.

She joined Innate to expose herself to the cultures of the world, where she can apply her passion for people in finding meaning for brands.

9 years of experience in organization and people development as a consultant, has opened her eyes to understanding human characters, attitudes, and behaviours. 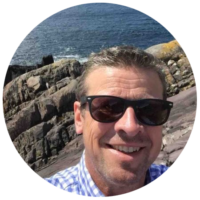 Being born and raised on a farm on the Dutch island of Texel has coded Dirk’s path. At the age of 7, his dream was to be a farmer. Educated at the Wageningen University of Agriculture, Dirk forwent a farming career and began one in marketing instead. At Campina, Nestlé and Friesland Foods, he embraced psycho-dynamic thinking in guiding his brands. He continued his career in the marketing services industry at Censydiam and Lowe Advertising.

Founding Innate Motion and becoming a business humanizer signifies a fundamental shift in his life journey. Building our no bricks, no borders, no bosses company is an exciting challenge. Serving leaders to transform their businesses and brands by putting people first offered opportunities to travel across continents and cultures. Growing capabilities in engineering behaviour change, building brands as idea centric movements, contributive design and company change journeys.

At home the nest is empty. While Floris, Maurits and Lisanne are pursuing their own journey Dirk enjoys this new life stage with his wife and fellow entrepreneur Petra.